We've only been in Glasgow for two months but we're moving away.

My husband wasn't sure he wanted to attend the University of Glasgow. It was going to be more work than the English university he was accepted into and the course would last a year longer, finishing in four years rather than three years as is standard in England. It would involve moving away from his family and starting over in a lot of ways.

But, it's one of the ancient universities and they have high standards for being accepted, so it was a big deal. We were both afraid that if he didn't go he would regret it. And, there would always be the opportunity to change to the other university if he didn't like it.

We both love Glasgow. We've really enjoyed our time here and we really enjoy living in a big city. But, the truth is, my husband was really beginning to doubt his choice to attend the university here. It wasn't just one or two things; it was a lot of things.

He's 32 years old and the majority of the students in his classes were 17 and 18 years old. Besides studying psychology (the subject he's getting a degree in)  he also had to choose two other subjects to study. In the English university you only ever study one subject. He couldn't find a third subject he was happy with (options were quite limited) and ended up with something he really didn't like. Not only this, but it was loads of extra work for subjects that were essentially pointless in his education. Add on several other issues and it was quickly becoming clear that he'd be happier at the English university.

So, he contacted them to see about getting an application in for next year. Because they were only two weeks into the semester they sent him an email and said they'd still consider him for this year.

So, in one day we made the decision to move back.

Last week was incredibly stressful. It involved staying in a hotel one night, driving back and forth between Cumbria and Glasgow several times, viewing houses, and working out how much money quitting our lease here early was going to cost.

We've found a beautiful Victorian house that has been converted into two places. It's very modern but is full of original features. It's so beautiful. The final checks are going through today and we should be able to sign the lease by the weekend. If the moving boxes I've ordered arrive in time, we could be moving this weekend. 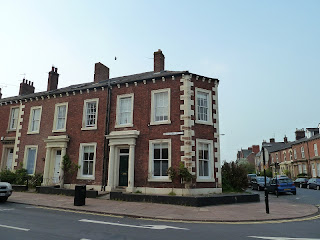 I will miss Glasgow and I'm sad that I didn't get more time here. But, I'm also looking forward to being around my in-laws again and being back to where my friends are. It was a little bit lonely here but I'm good at lonely so it was never going to be a major issue. My sister-in-law just found out she's pregnant this week too, so being around for that will be really cool.

So, busy times ahead! But I am looking forward to the new house! 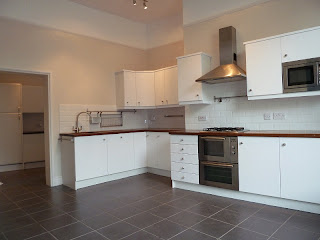 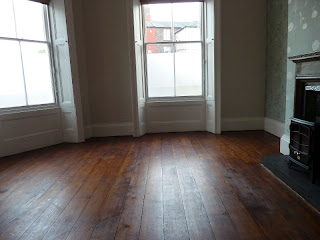 American living in the UK. Mommy to a 6-year-old little boy nicknamed Izzy. Wife of an Englishman. Addicted to the Internet, music, and good coffee.

The Wasp Factory
by Iain Banks

The Lovely Blogs I Read